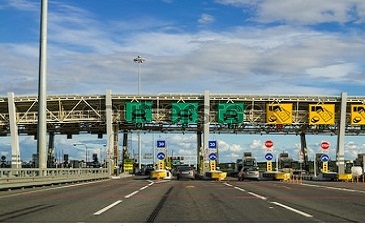 Reviewing the construction and development process of the toll collection system accompanying the highway construction for 20 years, it has experienced development and reform from the aspects of charging system, charging method, and pass ticket. The networked electronic non-stop charging is the most advanced charging technology method. Bright debut and constantly upgraded to the whole line, and every stage of development in this process has achieved a lot of experience and results, all of which have condensed the efforts of many colleagues in many departments, is the crystallization of the collective wisdom of the industry.

The introduction of the highway toll system into China is, first of all, how to determine the charging system that suits China’s national conditions. The choice and determination of the charging system is the basis and core of the highway toll system, and should be based on the principle of obtaining maximum economic benefits and facilitating the attraction of traffic.

Looking back on the mid-to-late 1990s, with the development of highways leaping, most of the highways that have been opened to traffic have adopted a large-scale operation mode of “integration and management”, which is almost unlimited by the investment and financing system. Based on this large background, the closed type has gradually become the mainstream system of highway tolls in China. After years of development, it has basically been recognized by the road industry inside and outside. At present, only some road sections are subject to historical limitations. Mixed or open.

The open type is mainly applied to ordinary toll roads such as most secondary roads. In the 1980s, the more than 300 kilometers of Zhongshan Expressway in Taiwan Province was also open-ended. In addition, in the western Xinjiang Uygur Autonomous Region, due to the constraints of high-grade highway standards and traffic volume distribution in the early stage of construction, different sections have been selected for different sections. For example, the Turpan-Urumqi-Dahuangshan high-grade highway is Open style.

The electronic non-stop charging method uses the advanced technology such as dedicated short-range communication as the means to automatically complete the electronic toll transaction, and automatically collects the road toll fee without parking. This method adopts the “two-piece electronic label + dual interface CPU card” technology. The CPU card is used as an extended storage medium for a two-piece electronic tag with an IC interface, and has the functions of a pass ticket and a payment medium, thereby realizing compatibility between the electronic non-stop charging system and the artificial semi-automatic charging system, and realizing the setting of electronic charging. For the dedicated lane site, the user can use the two-piece electronic tag to pass through without stopping; in the site where only the manual toll lane is set, the user can use the dual interface CPU card to pay for the card and pass the parking mode.

The weight-based charging method uses the measured axle load, wheelbase, and number of axles in the field to collect vehicle tolls based on the total weight of the vehicle. This method is mainly for manual identification of truck models in manual semi-automatic toll collection. A charging method proposed by the “big ton small standard”, “one car multiple certificate”, “overrun and overload transportation” and other drawbacks. In September 2005, the competent department of communications under the State Council issued the “Guiding Opinions on the Trial of Tolls for Toll Roads”, aiming at the adjustment and improvement of the classification of truck models with manual semi-automatic toll collection methods. It is a fair, reasonable and scientific way of collecting tolls. Since the beginning of 2004, 19 provinces (autonomous regions and municipalities) have implemented highway toll collection fees.

The closed type is charged according to the actual mileage of the vehicle, so the pass must be used as the basis for calculating the toll of the vehicle. Looking back on the 20-year history of highway toll system construction and development, various types of passes can be introduced and developed. For example, one-time pass tickets include pre-printed paper passes, paper print tickets, paper punch cards, and paper. Reusable pass coupons include magnetic pass cards, contact IC pass cards and non-contact IC pass cards, such as magnetic magnetic pass coupons, paper 1D barcodes and paper 2D barcodes. After many years of practice verification, the Technical Requirements for Toll Road Networking Charges finally determined that the pass ticket uses three types: non-contact IC pass card, disposable paper magnetic coupon and two-dimensional bar code. Other forms of pass tickets eventually withdraw from the historical stage.

Provincial or provincial regional network charging charges only solve the problem of segmental construction section charging, and realize the network charging of highways under the jurisdiction of administrative divisions, breaking through the restrictions of the highway construction management system. In October 2003, the Ministry of Transport organized and implemented the inter-provincial national highway main line Beijing-Shenyang Expressway network toll demonstration project, in accordance with the “full line networking, district settlement” program, the Beijing-Shenyang Hebei Langfang section, Tianjin section, Hebei Baoshan section And the 5 sections of the West Outer Ring Road and the Tangjin Expressway in Tangshan, Hebei Province, form a toll road network to implement network charging, set up the Beijing-Shenzhen Internet Charge Settlement Center, and canceled the two provincial boundary line stations, not only breaking through the restrictions of the construction management system, but also breaking through Restrictions on administrative divisions. The opening of the Beijing-Shenyang demonstration project fully demonstrates the service concept of “people-oriented, car-oriented”, further enhancing the confidence of extensive and in-depth promotion of highway network charging, and also accumulating a complete set of cross-provincial national trunk line charging technology. Experience has laid a solid technical foundation for the further development of highway toll collection technology.

NFC The protagonist of the next mobile payment
Scroll to top