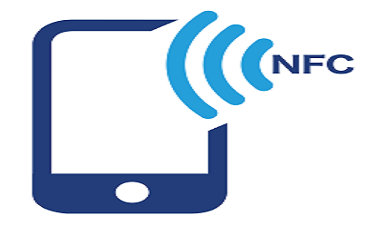 1. Security is a problem that cannot be crossed by QR code payment.
When it comes to mobile payments, more will come to Alipay and WeChat payments. In fact, the current mobile communication portal communication technology is divided into two camps: QR code and NFC. In China, the emergence of Alipay and WeChat payment has changed people’s payment habits, and NFC, which started very early, has not broken out. On the contrary, the rising star QR code has swept like a tornado, accounting for more than 90% of the mobile payment market. Nowadays, regardless of large shopping malls, parking lots, vegetable markets or even roadside stalls, the checkout counters in the streets and alleys are equipped with QR code payment codes. It is popular because it is convenient.
But convenience and security do not seem to be directly proportional, users are also taking risks while enjoying convenience. Cases in which QR codes have been stolen are constantly emerging. For example, some lawless elements replace their payment codes with the merchant’s QR code, or forge the official QR code, causing money to flow into the fraudster’s hands; secretly scanning the user’s payment code. Pirates are swiped; sometimes the scan code will jump to the phishing website or even the QR code will hide the virus.
Another serious flaw is that the QR code payment requires network support. If there is no wifi in the environment and the mobile phone does not have a network signal, then the payment cannot be made.
If the relevant state departments do not incorporate the QR code into the safe market supervision in the future and ensure the security of the user’s payment information, the QR code payment cannot continue to leap forward.

2. Security is the “trump card” of NFC
Compared with two-dimensional code payment, NFC technology has a higher level of payment security, is more convenient, and the technology is more mature. First, the NFC payment distance is within 10 cm, and the confidentiality and security of data transmission are guaranteed. Secondly, the NFC mobile phone adopts the combination of SE chip hardware encryption and software encryption, and the data transmission such as ID and key can be completed in less than 0.1 seconds, and the security of payment is greatly guaranteed.
However, the industrial chain involved in NFC is relatively complicated. It requires not only NFC chips and mobile phone manufacturers, but also financial institutions such as clearing houses and banks.
I still remember that NFC started as early as a decade ago, but the standards have always been inconsistent.
Finally, under the efforts of UnionPay and terminal manufacturers, several mobile phones supported NFC in 2012, but at the time, more than 90% of mobile phones did not have NFC functions, and the cost of retrofitting was high.
Therefore, NFC is moving towards the whole people, and it is stuck in the terminal first.

Furthermore, since the NFC mobile payment method is based on the NFC chip, in addition to the mobile terminal, the merchant also needs to be equipped with an NFC-enabled terminal device, and the cost is not low.
This is also one reason why NFC has not been widely promoted.

In addition, NFC users have fewer use scenarios, and NFC in China faces the obstacle of users using QR code payment habits.
However, with the upgrade of smart phones, NFC has gradually become a standard. At the end of June, China UnionPay joined hands with OPPO, Huawei, Xiaomi and other six mobile phone manufacturers to promote mobile phone flash payment.
At the same time, with the development of Internet of Things technology, bus cards, bank cards and even access cards can be loaded into mobile phones, liberating people from many cards, the technology required is NFC.

All in all, in the face of the user-based QR code payment, NFC still has a long way to go.